A visit to Chateau de Versailles or Palace of Versailles is a must when visiting France. It is a 30 minute train ride away from Paris and lies on the outskirts of the neighbourhood of Versailles. The palace is a treasure trove that houses the very finest and best of French history, art, architecture and style upon every inch and mile. Prepared to be inspired.

What is the Chateau de Versailles?

The Chateau de Versailles was assigned and built as the retirement home of the infamous Roi du Soleil or Sun King Louis XIV of France. This extravagant King, who was the son of Marie de Medici and known for his extravagance made France one of the most fashionable and on trend nations in all of Europe. Concepts for fashion, landscaping, architecture and culture were refined and presented through the monarchy, and the Palace of Versailles was to be the ultimate icon of it all.

No longer wanting to hold residence in the Louvre Palace, Louis XIV decided to rebuild and extend this once humble hunting lodge of his father’s in the small village of Versailles. The lodge was located near a forest, was once abundant with game and natural life. Louis XIV decided to remake it into a grand palace along with one of the largest and most magnificent gardens in Europe. New urban planning was implemented to turn Versailles into a town. The whole village was destroyed to make it what it is today. 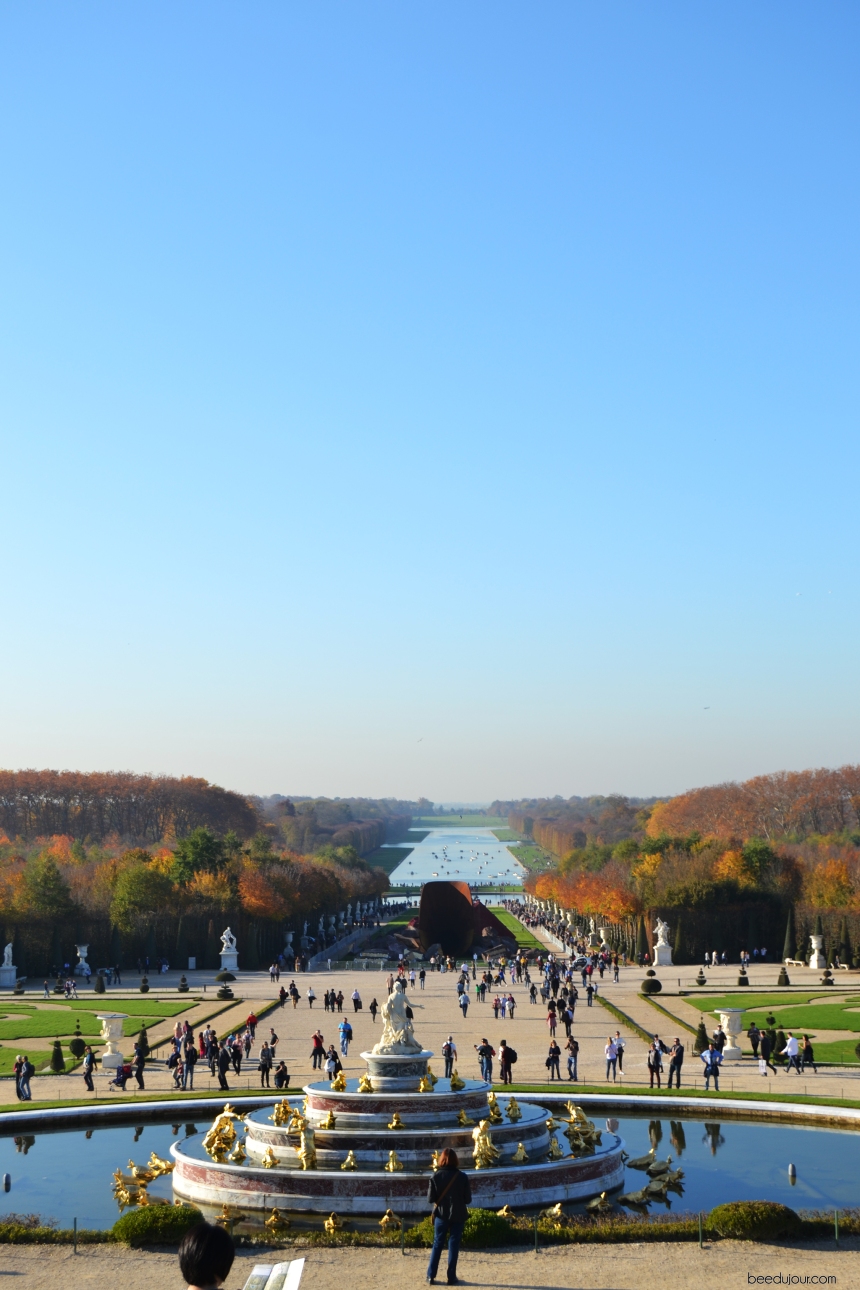 King Louis XIV decided to make this palace a personal space of entertainment and leisure by expanding the gardens and installing the infamous Hall of Mirrors. He moved his entire court and government into Versailles. 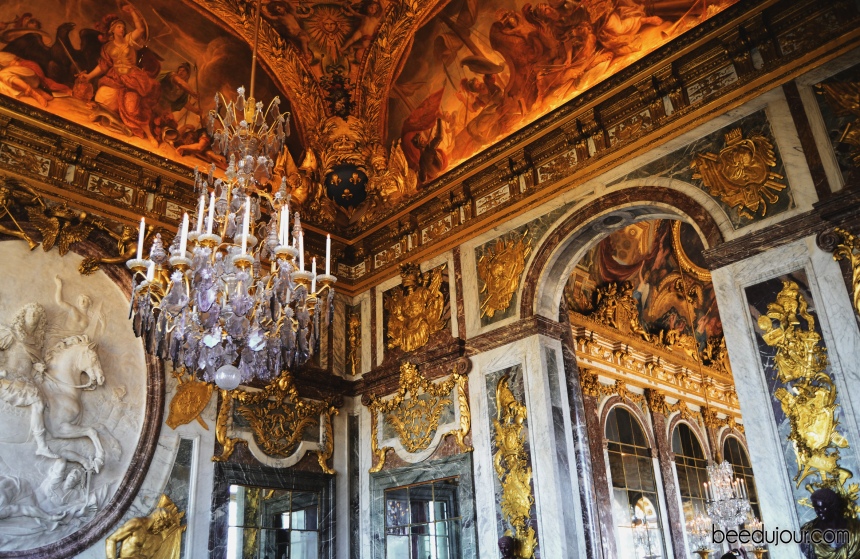 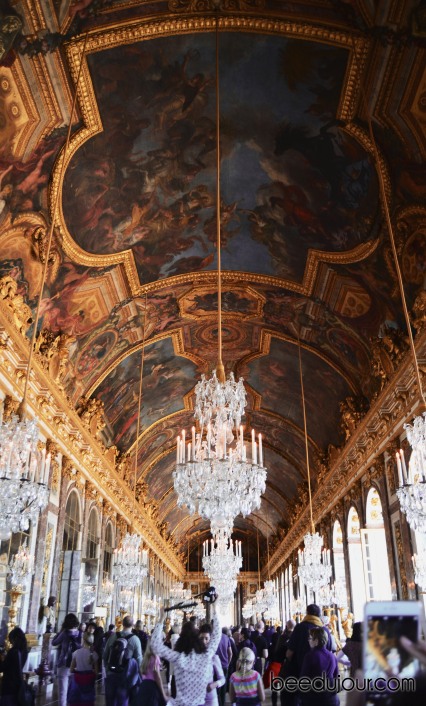 Well, I’d obviously suggest off peak season, however not everyone has that benefit. Ideally, I would recommend you go very early and if you are going during peak tourist season, get your tickets online. Those queues are mental.

The palace is closed on Mondays. Even though you cannot enter the building, the gardens are open and empty. Amazing for photo opportunities.

As I lived in Paris, I was fortunate to visit Versailles twice. This first time I went on a Monday when the palace was closed but went with a friend to explore the beautiful gardens. No crowds, peaceful and just a nice day to spend outdoors in late Spring. The second time I went was on a first Sunday, when entrance is free. It was packed, but I wanted to explore the actual palace this time.

A look into the home of the Sun King

Everything from the gates, the roof, interiors and even the King’s bed are inlaid with gold. It’s n’importe quoi. For me, it was a visual overload and I was overwhelmed with so much beautiful design. There are so much details to take in.

The entrance is led by beautiful monochrome inlaid marble. To the right lies the King’s private chapel. 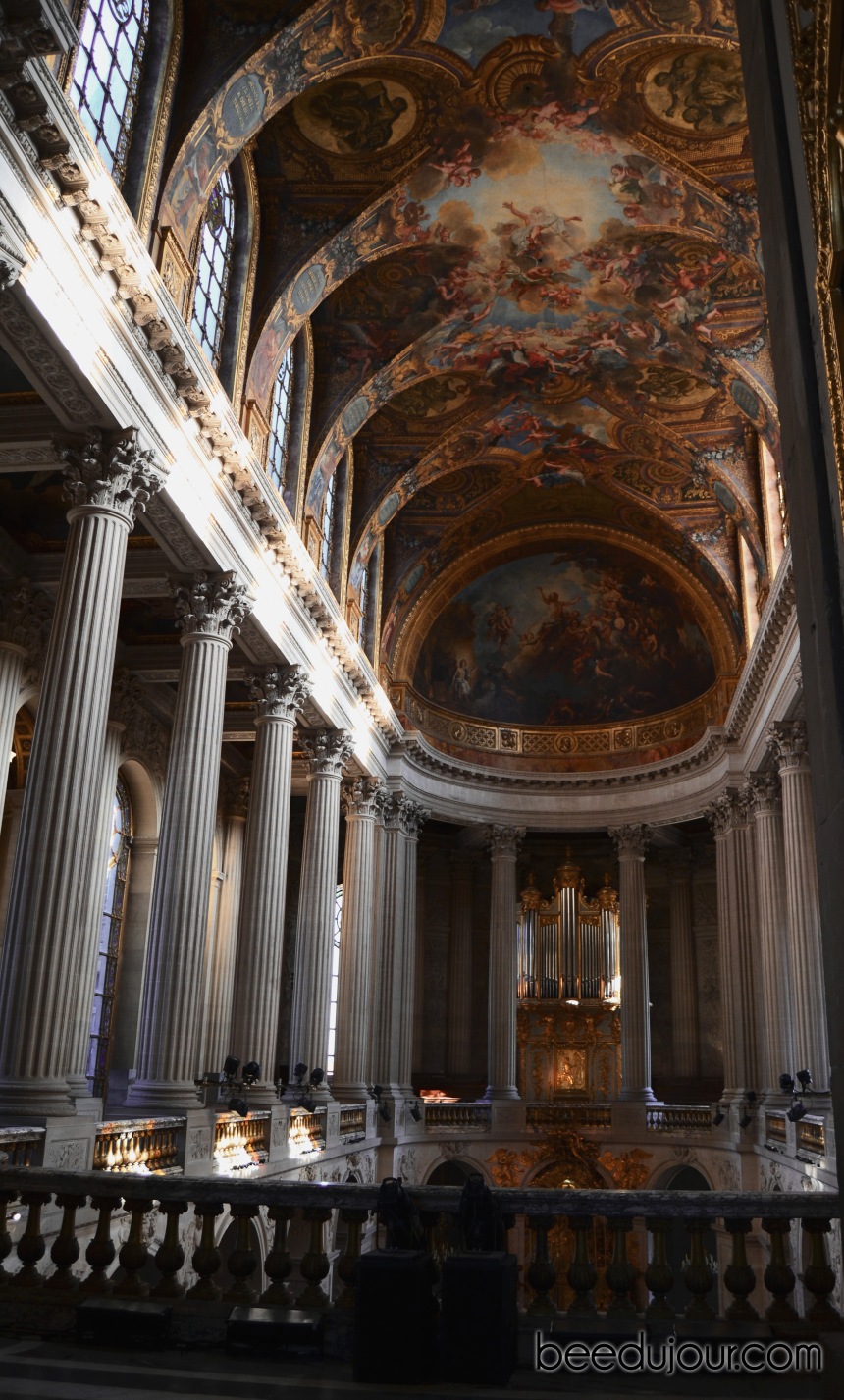 The main area on the second floor leads directly to the infamous Hall of Mirrors. What makes this hall so famous was that the glass was cut to a new size to fill the entire hall. The hall leads down to the King’s throne where he would receive guests and hold events.

There are hundreds of rooms, as the palace housed thousands of people who made up the King’s excessive court. I found each room filled with its own unique character and décor. 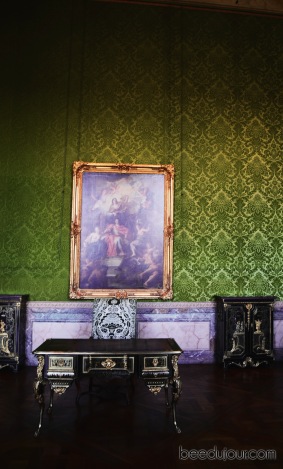 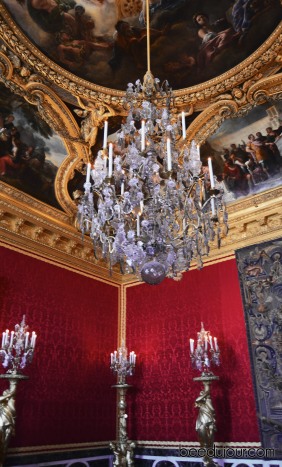 The gardens are breath-taking to say the least. Please visit the Gardens from late Spring until early Autumn. Its true beauty shines when it is in bloom. I felt these glamorous gardens hold so many stories and secrets of the once thriving court. These gardens were made for leisure for the royal court, take advantage of its true purpose!

In summer the Palace holds outdoor fireworks evening that are accompanied by an orchestra.

The Trianon is a smaller residence built to the North-West of the main palace. It is still a part of the palace grounds and was built as a private retreat for the King. Louis XIV lived in grandeur, like no other French king before or after him. The Grand Trianon was also a place for him to relax during the summer, hold private parties with his many mistresses and friends. I didn’t get to explore this palace fully, there wasn’t enough time.

Within the Grand Trianon’s gardens lies the picturesque Petit Trianon. It contains a small chateaux along with gardens, rooms and lake. This chateau was originally built for the infamous Madame Pompidou or Madame du Barry. She was the mistress of King Louis XV, the son and successor of the Sun King. It eventually became the home of Marie Antoinette.
It was designed for inhabitants to have as little interaction with the servants. The whole building was designed for privacy.

The surrounding gardens were later updated by Queen Marie Antoinette who added the Temple of Love or Le Temple d’Amor and the Belvedere overlooking the chateau’s lake.

Further on, you can walk about the Queen’s Hamlet, which she ordered to be built to remind her of her home. Marie Antoinette went on to have this little hamlet built for her own pleasure and cost over a million Francs. She insisted on this little pleasure regardless of being aware that the people of France were starving and that its economy was bleeding over the wars in America. 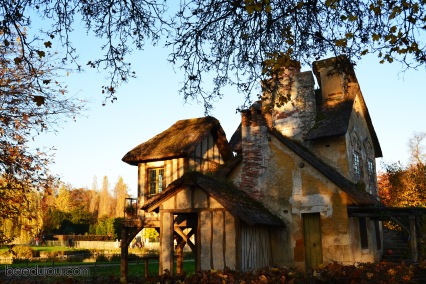 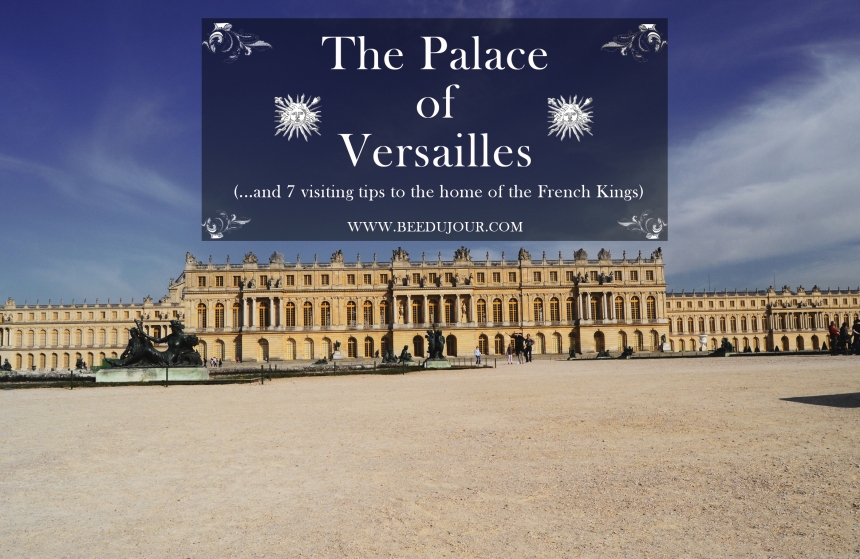 Being a Solo Female Traveller from South Africa 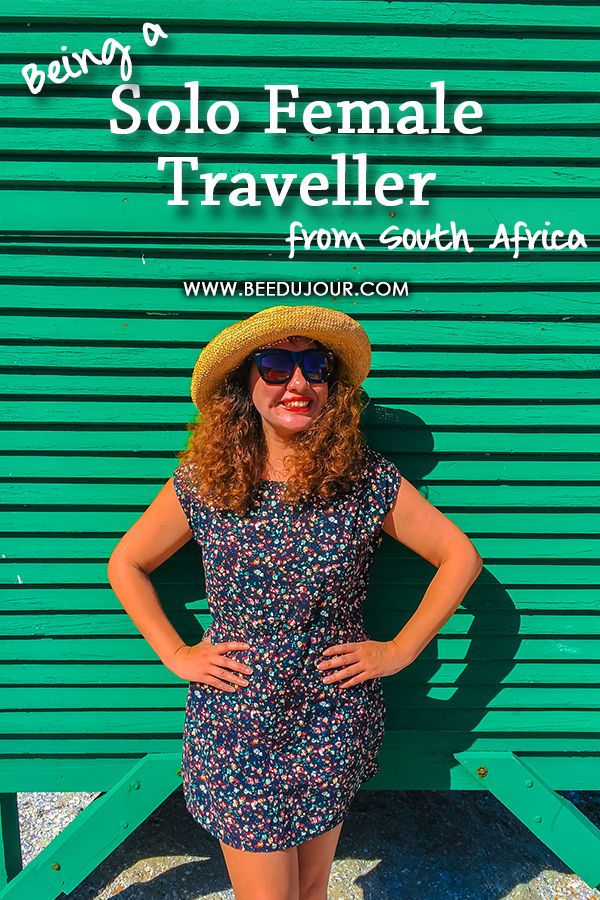 Why travelling alone is something you need to try once as a South African.

Follow Bee du Jour on WordPress.com
All photos, images, illustrations and art work are my own (unless otherwise stated) and are subject to copyright. You may use my images, but then please give the credit.
Loading Comments...
%d bloggers like this: